Thanksgiving is just a few days away, and for shoppers, that means one thing: Black Friday is fast upon us. We took a hard look at “the other side” of Black Friday last year, pointing out that various obstacles (aggressive shoppers, early wake ups, and sub-par deals) could potentially make the holiday less desirable. Yet despite these roadblocks, Black Friday is poised for another big year, perhaps a record one in terms of shopper turnout.

Here’s how consumers are expected to approach Black Friday 2011:

According to the National Retail Federation, “up to 152 million people plan to shop Black Friday weekend”, encompassing Friday, Saturday, and Sunday. That’s up from 138 million people in 2010. Of that total, about 74 million people “say they will definitely hit the stores” while another 77 million “are waiting to see if the bargains are worth braving the cold and the crowds.”

According to NRF President and CEO Matthew Shay:

“We fully expect to see excited shoppers as early as midnight at stores around the country, as many holiday shoppers would rather stay up all night to take advantage of retailers’ Black Friday deals rather than set their alarm to wake up the next morning.” Last year’s average spending totals also shed light on what might be reasonable to expect this year. The Sacramento Bee reminds us that “in 2010, over 212 million shoppers bought holiday gifts and other items the weekend of Black Friday spending on average $365.34.” Presumably, that average transaction size could increase this year along with overall holiday spending.

How Consumers Are Shopping This Year This year, for the first time ever, the NRF studied how shoppers were planning to track the many holiday sales and promotions being offered for Black Friday weekend. The results show in previously unheard-of detail where consumers are looking the most:

“Half (50.5%) will keep up with advertising circulars throughout the holiday season and nearly one-third (31.7%) said they will tune in to watch retailers’ holiday commercials. Additionally, nearly one-quarter (23.1%) will seek out coupon websites like RetailMeNot.com and FatWallet.com, and 32.3 percent will specifically keep track of the email coupons they receive from retailers.”

These findings are especially interesting in light of the increased role that daily-deal sites will be playing this year (more on that below.) When we think of Black Friday, we typically associate the shopping holiday with big-box retailers like Wal-Mart. But in a recent article, Christian-Science Monitor tells us that “online retail sales are expected to eclipse $50 billion for the first time in the fourth quarter of 2011.” Deal websites like Groupon and LivingSocial are generating an unprecedented amount of this activity. The Washington Post revealed that LivingSocial in particular will be offering half-off deals for:

LivingSocial is also expected to offer 50% off deals from Amazon and Whole Foods. Even if you’ve been skeptical of how worthwhile Black Friday deals have been in the past, it’s tough to beat 50% off from top retailers such as these. More than any year prior, social media will make its presence felt in Black Friday 2011. Phil Rist, an executive vice-president at BIGresearch was quoted as saying “social media will play a big role in how shoppers follow company sales announcements this holiday season. From Facebook to Twitter and even group buying sites, ‘social’ retailers may be rewarded this season in terms of additional holiday sales.”

Concretely, the survey indicated that 17.3% of consumers will monitor retailers’ Facebook page, with another 11.3% keeping tabs on group-buying sites. Additionally, one in five tablet users (21.3%) will turn to group buying sites, while 31.2% visit their favorite merchant’s Facebook pages.

Does Black Friday Save You As Much Money As You Think?

Making Work Pay Credit – What Is It and Can I Use…

How to Boost Your Back-to-School Savings

Taxes on Your Mobile Phone? It’s a Snap

What Your Holiday Shopping Time Says About You [Infogra… 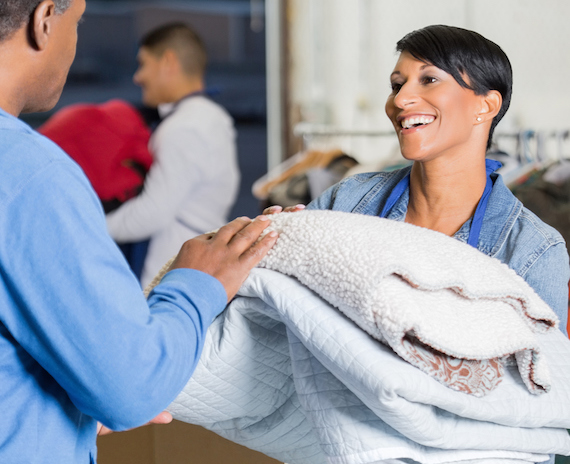 Save with a New Tax Relief Donation Law and Holiday Giv…