Unemployment Center Where your tax and money questions get answered

Unemployment can be scary and overwhelming, but you don’t need to navigate it alone. We are here with help and advice on everything from managing your day-to-day finances to understanding what this means for your taxes.

Why did TurboTax create the Unemployment Center?

Why did TurboTax create the Unemployment Center?

TurboTax is dedicated to providing the tools, insights and products that help people take control of their finances and live their lives their way. We give our customers financial empowerment. We advocate on their behalf. We help them budget, invest, save and, at tax time, receive every dollar they earned and deserve.

With the Unemployment Center, TurboTax is bringing this commitment to life. Learning where and how to access economic relief benefits or ways to free up cash to help them make ends meet can be scary and overwhelming. The TurboTax Unemployment Center is focused on helping educate and empower the millions of Americans that find themselves unemployed, so they feel in control of their financial situation and can file their taxes with confidence.

Am I eligible for the unemployment income relief?

American Rescue Plan: What it Means for You and a Third Stimulus Check

What the Coronavirus Stimulus Bill Means to Your Taxes

Health Insurance Assistance for the Unemployed

5 Ways to Look for a New Job

Does Unemployment Affect My Credit Score?

How to Reassess Your Finances After Unexpected Job Loss

How to Protect Your Credit Health When Money is Tight

How Much Should I Have in an Emergency Fund?

Need to File Your Taxes Still? 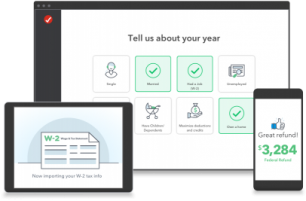 Get Your Full Financial Picture

Keep track of your finances, spend smarter and budget accurately for free with Mint. 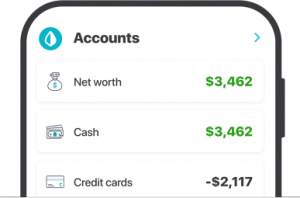 How to apply or file for unemployment benefits?

Under the Coronavirus Response and Relief Supplemental Appropriations Act of 2021, the second relief plan to expand unemployment, unemployment benefits were extended by issuing $300 a week for 11 weeks until March 14, 2021.

Under the American Rescue Plan signed into law on March 11, 2021, unemployment payments increased by $300 per week and the benefits were extended through September 6, 2021.

Who is eligible or qualifies for unemployment?

Each state has its own guidelines, but typically you qualify if you were unemployed through no fault of your own like lack of work, you meet the time worked and earning requirements for your state, and any additional requirements specific to your state. You may also qualify for unemployment if you were furloughed or brought back to work but for less hours than you were working before.

Can self-employed file for unemployment?

Typically self-employed cannot claim unemployment benefits, but the CARES Act expanded unemployment to those who previously were not eligible for unemployment, including part-time employees, freelancers, independent contractors, gig workers, and the self-employed.

The Coronavirus Response and Relief Supplemental Appropriations Act of 2021 and the American Rescue Plan both expanded unemployment to part-time employees, freelancers, independent contractors, gig workers, and the self-employed.

What will disqualify you from unemployment benefits?

The most common reasons for being denied unemployment benefits are voluntarily leaving your job without good cause, being discharged for misconduct, not actively seeking work, not being available for work, refusing a suitable offer for employment, and making false claims to obtain benefits.

What are the expanded Coronavirus unemployment benefits?

Under the Coronavirus Response and Relief Supplemental Appropriations Act of 2021, the second relief plan to expand unemployment, unemployment benefits were extended by issuing $300 a week for 11 weeks until March 14, 2021.  The bill also afforded an additional $100 a week to earners who had a mix of income types. If you earned your income both as an employee and a freelancer or a contractor (doing side gig work for example) you fall into this “mixed earners” category. Certain workers who had at least $5,000 per year in self-employment income, but were disqualified from receiving Pandemic Unemployment Assistance because they also had an employer could have been eligible for the additional $100 per week in unemployment benefits.

The first stimulus that was passed in March banned benefits for the mixed earner category of workers. The second provision also covered part-time workers, self-employed, and others that had fallen into a gray area for unemployment benefits.

Under the American Rescue Plan signed into law on March 11, 2021, unemployment payments increased by $300 per week and the benefits were extended through September 6, 2021. The bill also made the first $10,200 of unemployment income tax-free for households with income less than $150,000. This provision is retroactive only to tax year 2020(the taxes you file in 2021), helping millions of unemployed save on their taxes.

However, under the American Rescue Plan, the first $10,200 of unemployment income is tax-free for households with income less than $150,000. This provision is retroactive only to tax year 2020 (the taxes you file in 2021), helping millions of unemployed save on their taxes.

Are there any tips to lower my taxes if I didn’t have taxes withheld from my unemployment income?

There are a few steps you can take.  If you are still receiving unemployment you can request that taxes be taken out by filling out IRS Form W-4V, Voluntary Withholding Request, adjust your withholding on your Form W-4 if you get a new job, or make quarterly estimated tax payments.  Also don’t forget, you may now qualify for tax deductions and credits you didn’t before due to lower income from being unemployed.